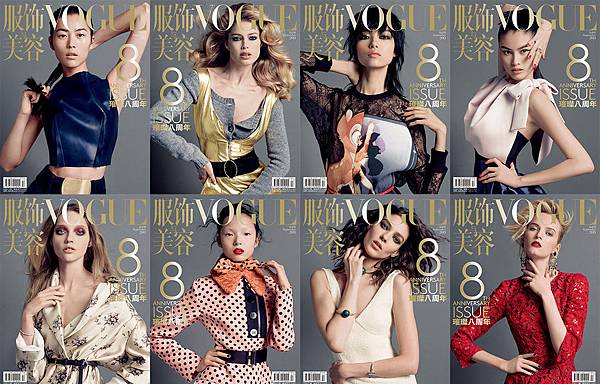 All covers courtesy of Vogue China for Models.com 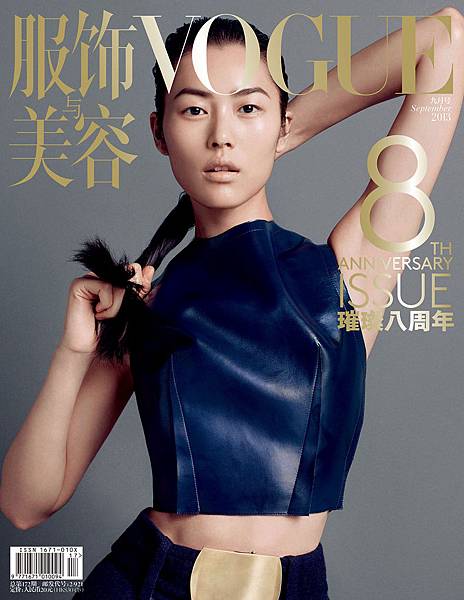 "BREAKING THROUGH. The first Chinese face of a global cosmetics brand and the first Chinese Victoria’s Secret angel – more than anyone, Liu Wen has opened doors in the fashion industry for others to follow. “I’m not just working for Asia,” she says, “but for the entire world.” 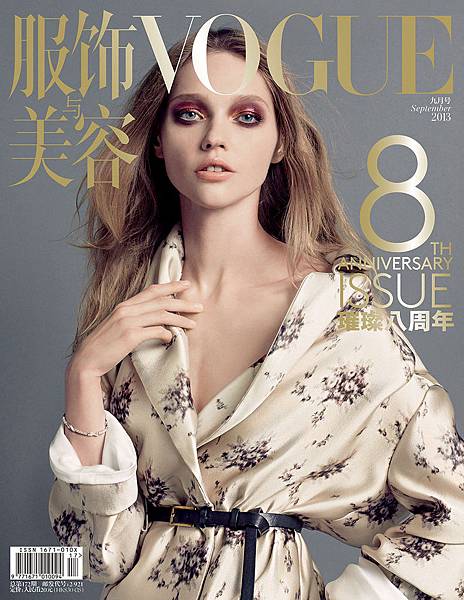 “DREAMS. “I’ve been to so many beautiful places and seen so many interesting people, I still love to do portraits and landscapes,” says Sasha. The former art student still hasn’t forgotten her first love, and has collaborations with Karl Lagerfeld and Miuccia Prada in the works." 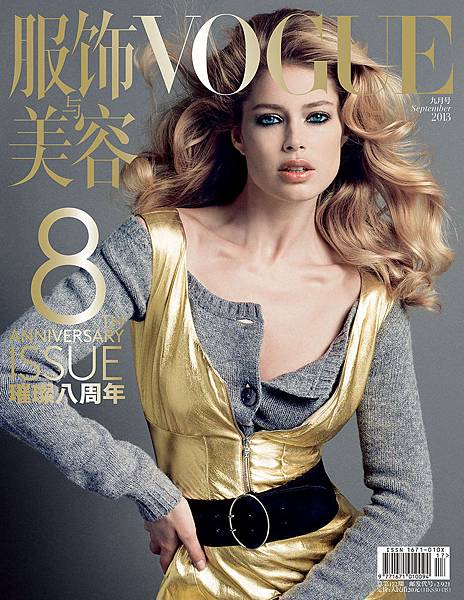 “LOVE. As the global ambassador for the HIV/Aids charity Dance4Life, Doutzen has found a cause dear to her heart. “It may just be getting a group of children to dance, but I feel like I’ve accomplished something… We must encourage them to support each other, that’s the most important thing.” 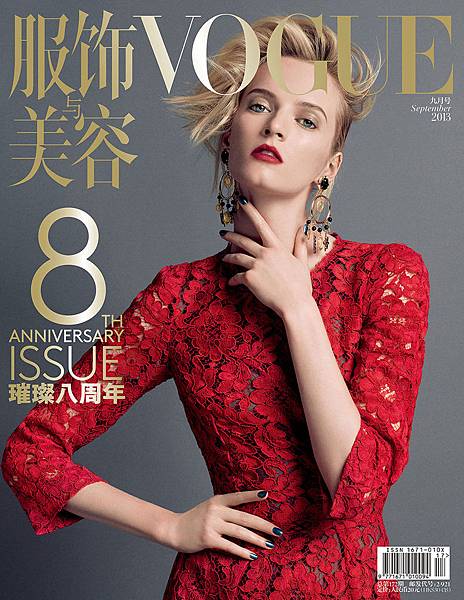 “PASSION. “I never want to over-think it, otherwise I’d get nervous”, admits Daria. Relying on her instincts has served her well in her stellar career, and in her debut movie role Contagion. “I’ll try everything that I’m interested in, life’s so long, who knows what I’ll end up doing?” 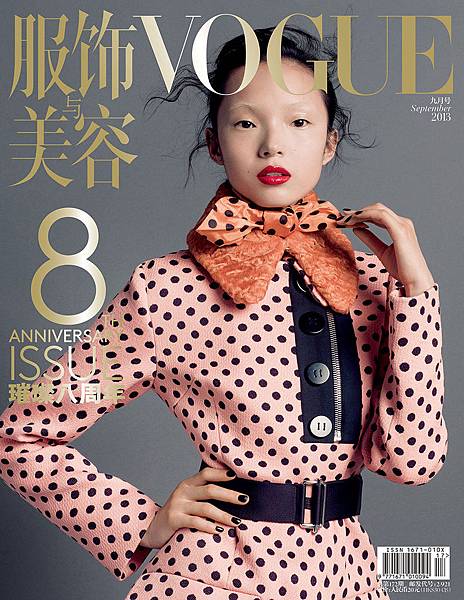 "SELF-CONFIDENCE. “I think designers like me because I have a weird face,” says Xiao Wen. Not bothered about conforming to the crowd, she loves to exaggerate her most pronounced features. “In this industry, it’s so easy to be forgotten after a while. Real success comes with being unforgettable.” 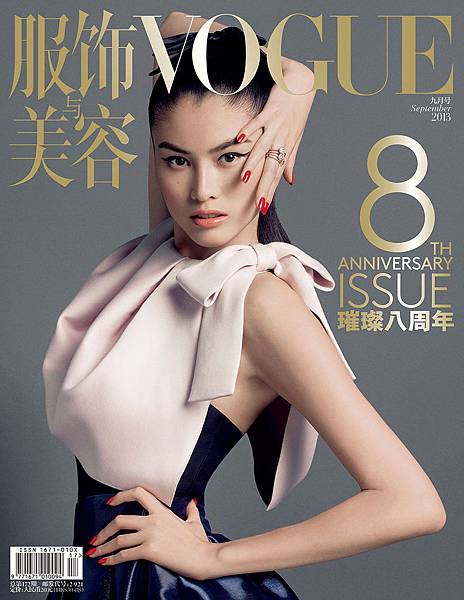 "SINCERITY. “I’d rather be seen as naïve, than too worldly”, says Sui. Having shot to fame opening Ralph Lauren’s show in 2011, she has pursued her career according to her own rules. “I don’t want to be pushed ahead… You live for yourself, not for other people.” 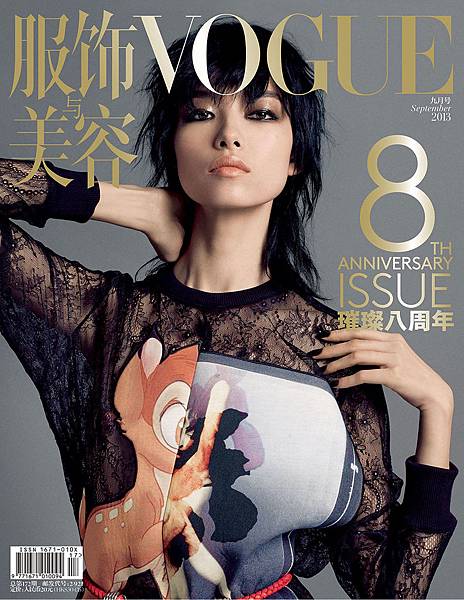 "FOCUS. As the first Chinese face to land a solo cover of Vogue Italia, Fei Fei helped set a new benchmark for others to follow. The key to her success? “Never forget the details.” 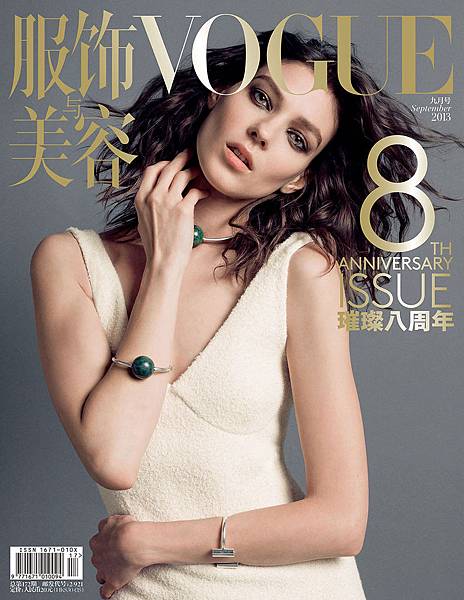 "COURAGE. A decision to return to modeling at the age of 27 required a certain amount of courage and conviction, but Kati believed it was never too late to start pursuing your goals. “If you fail, you can always go back to the way you were, but at least I gave myself the opportunity to try and reach my dreams.”