One of the UK's most influential fashion designers, Alexander McQueen, has been found dead at his London home.

The death of Mr McQueen, 40, is not being treated as suspicious, the Metropolitan Police said.

Reports that the four-time British designer of the year had taken his own life have not been confirmed.

His family are said to be "devastated" at the "tragic news", according to a statement which added that they shared "a sense of shock and grief".

In a message on his Twitter page on 3 February, Mr McQueen said his mother had passed away.

Mr McQueen won the distinction of being named British designer of the year four times between 1996 and 2003 and was also awarded the CBE.

The London-born designer started his career as an apprentice in Savile Row with Anderson and Sheppard before going on to work for Gieves and Hawkes.

In 1996, the man nicknamed "the hooligan of English fashion", with his close-cropped hair and Doc Martens, was named head designer at the Paris couture house of Givenchy.

A statement released by his office - referring to the designer by his given first name, Lee - read: "On behalf of Lee McQueen's family, Alexander McQueen today announces the tragic news that Lee McQueen, the founder and designer of the Alexander McQueen brand, has been found dead at his home.

"At this stage it is inappropriate to comment on this tragic news beyond saying that we are devastated and are sharing a sense of shock and grief with Lee's family.

"Lee's family has asked for privacy in order to come to terms with this terrible news and we hope the media will respect this."

His death came days before London Fashion Week, and as final preparations were being made for a spring collection to be unveiled in Paris.

Four days later he wrote that he had had an "awful week" but said "friends have been great", adding: "now i have to some how pull myself together".

Tributes have been paid to Mr McQueen from across the fashion world and beyond.

Culture Secretary Ben Bradshaw said he had "made an outstanding contribution" to British fashion.

A statement released on behalf of the model Kate Moss said she was "devastated".

The designer Katherine Hamnett said: "He was a genius. What a terrible, tragic waste."

She added: "His brilliant imagination knew no bounds as he conjured up collection after collection of extraordinary designs.

"His death is the hugest loss to anyone who knew him and for very many who didn't."

Designer Matthew Williamson said he was "shocked and deeply saddened".

Mr McQueen's body was removed from the house and taken away in a private ambulance at 1646 GMT.

A man with short blond hair, who said he was Mr McQueen's boyfriend, had been allowed inside at 1615 GMT.

Staff were in tears at his company headquarters in Farringdon, central London.

A Metropolitan Police spokesman said: "We were called by London Ambulance Service at about 10.20am this morning to reports of a man found dead at an address in Green Street, W1.

"He is believed to be 40 years old and from London. Next of kin have been informed, however we await formal identification before releasing the name of the deceased." 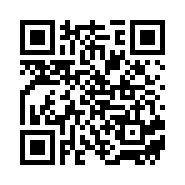